Allen Adams serves as Distinguished Engineer at Bentley Systems. At the 2022 NASCC Steel Conference, he received the Lifetime Achievement Award. This award honors people who have made a difference in AISC and the steel industry at large.

Adams was recognized for his many contributions to structural engineering, specifically the development of RAM Structural System, his drive to improve accuracy and speed at which steel buildings can be designed, and his service on multiple AISC committees. 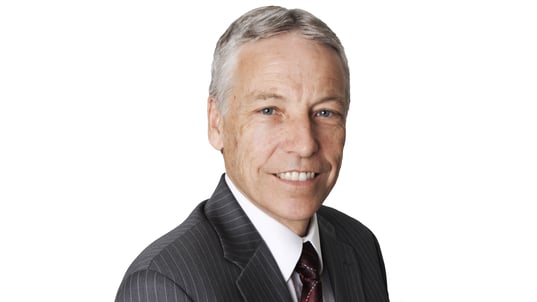 Adams talked about his early days as an engineer, when computers in engineering offices were not commonplace. Read the excerpt below and discover how those early days led him to help create what we now know as RAM Structural System.

Geoff Weisenberger: Can you talk a little bit about how you got into developing the program (RAM)? Did you start as a structural engineer, or did you have a software background?

Allen Adams:  So, I started work with an engineering company called Culp & Tanner Structural Engineers back in 1983 ... We did a lot of parking garages, hotels, casinos, office buildings … and think about the 1980s, that was before PCs. The state of engineering software was very rudimentary and so a lot of what we did was by hand, design charts and things by hand, and I was fortunate that at Culp & Tanner, they were forward-thinking enough that they actually had ... a mini-computer because it didn’t fill up a whole room like a regular mainframe computer. The mini-computer was the size of a large filing cabinet and there was no graphics, there was no graphical user interface and so we wrote some rudimentary programs that we used there.

But we were always talking, ‘Wouldn’t it be nice if we had a program that did all the bookkeeping, did all the number crunching, did all of the stuff that requires an engineer to know how to do it, but doesn’t really allow the engineer to be an engineer to make this project better, because with the tool you can do all of the number crunching stuff, and then you can be an engineer and make your project better by doing your engineering.' ... I was given the assignment to work with the programmer to create what we now know as RAM Structural System.

To hear the rest of the interview, visit the "Field Notes" podcast at AISC, Modern Steel Construction to listen.
Structural