How to Model Piles in PLAXIS

The problem of analyzing and designing deep foundations is relevant to many civil engineering structures, because we are commonly and frequently constructing buildings on soft soils. Pile foundation is a popular type of deep foundation technique used to transfer superstructure load into subsoil and bearing layers. In this context, the accurate prediction of piles’ settlement and proper evaluation of pile bearing capacity is a fundamental aspect of deep foundation design. This could be a challenging task for the designer in the case of complex pile-soil interaction or in situations involving a consolidation process.

Due to the 3D nature of the pile geometry and the possible lateral component of the design load, most pile foundation analyses should be set up in PLAXIS 3D. Ideally, the piles themselves will be represented by volume elements. This will guarantee the most accurate representation of the physical problem, especially regarding soil-structure interaction. 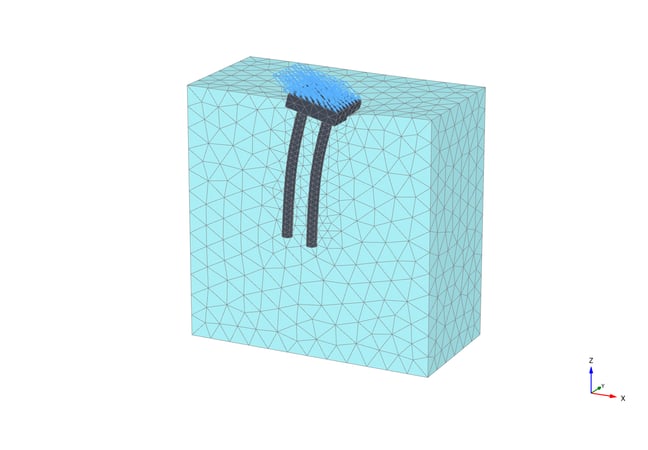 With such 3D models, the piles are physically modeled, and the soil-structure interaction is accounted for by means of surface interface elements with associated Coulomb-friction behavior. Piles results will be primarily provided in terms of stresses which could later be integrated into structural forces into the PLAXIS Output post-processing environment, either: 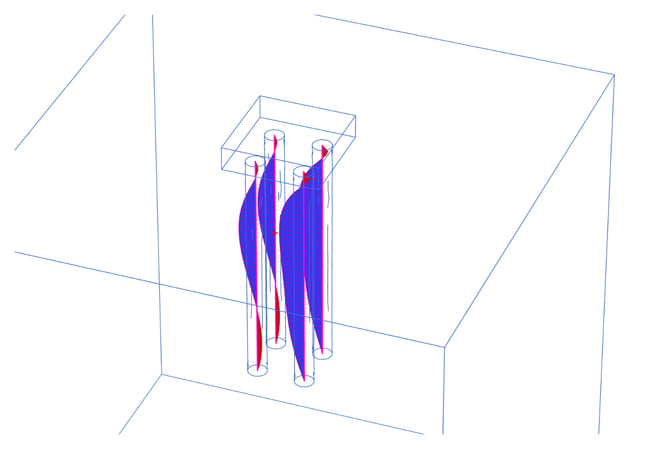 Piles as embedded beams, or how to efficiently deal with many piles

The embedded beam is a special feature in PLAXIS 3D. This feature was developed to simulate the behavior of piles in a simplified way. The embedded beam is particularly useful in cases of large numbers of piles to be accounted for in a PLAXIS 3D model. In this approach, the pile is represented by beam elements, while soil–pile interaction along the pile shaft and at the pile tip is described by special interface elements that are constructed based on node-to-node, non-linear coupling springs.

The generation of linear beam elements gives the opportunity to simulate piles as structural elements with specified material properties. This saves a large number of elements needed in the process, compared to volume piles being filled with tetrahedra elements. Another clear advantage of using PLAXIS embedded beam elements is that the generation of the coupling springs (for soil–pile interaction) does not require mesh node connectivity between the lines supporting the pile/beam elements and the surrounding soil volume. Both pile lines and soil volume could be meshed independently. The PLAXIS 3D calculation kernel automatically takes care of finding intersection loci between beam pile element and soil element faces, introducing at these points so-called “virtual” nodes where relative displacement between soil mesh nodes and pile nodes can be computed. The simplification of both the geometry description and the meshing process enables the consideration of hundreds of piles without any difficulty.

Figure 3: The use of 3D embedded beam for modeling many piles 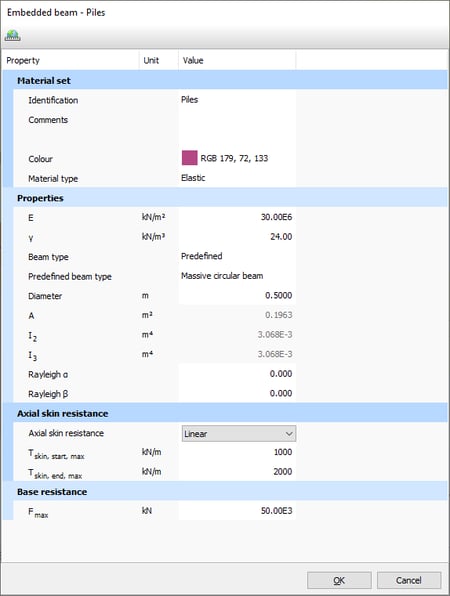 Embedded beam elements have demonstrated particularly good results for serviceability states of pile groups under axial loading. It is important to note that the calculation time and the number of elements required to analyze a certain pile–soil interaction problem are sufficiently reduced by using embedded piles compared to using volume piles. 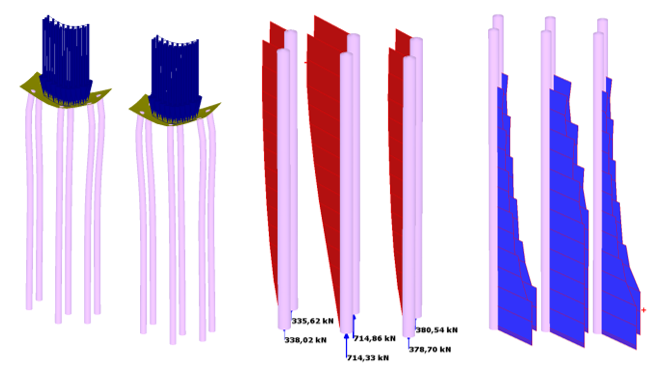 And what about 2D?

In the framework of a PLAXIS 2D analysis, it is possible to analyze axially loaded piles by assuming axisymmetric conditions. Such models are very cost-effective, computationally speaking, but can only be used in the case of axial loading, as any consideration of lateral loading would not fulfill the axisymmetric conditions and would therefore require a proper 3D model. 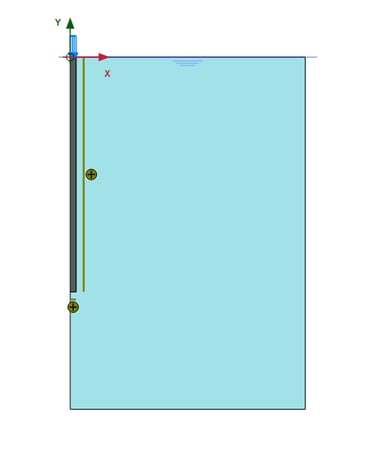 The embedded beam feature presented earlier is also available for 2D plane strain situations but can only be used for the analysis of pile rows (rows extending in the out-of-modeling-plane direction). The 2D nature of the plane strain analysis does not allow for the consideration of a singular buried entity (that could only be considered in a 3D model). Thus, it implicitly requires that any 2D embedded beam would represent a continuously spaced set of piles in the out-of-plane direction with a pile-to-pile spacing value not too large compared to the pile diameter, such that an average soil displacement as provided by the 2D soil mesh between piles would remain an acceptable assumption.

When the assumption of continuously spaced piles is satisfied, the PLAXIS 2D model shows very good agreement with equivalent 3D models, but at a fraction of the computational cost. 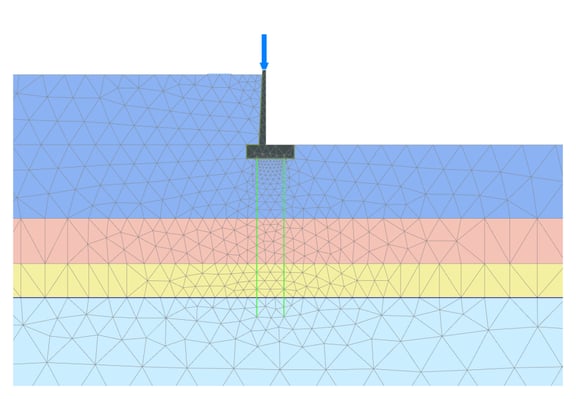 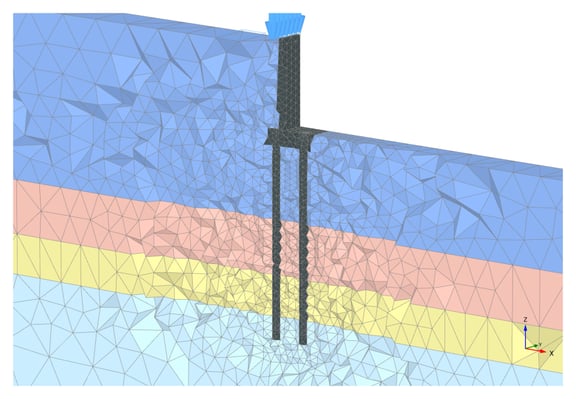 Learn more about this event here.