The Importance of 2D and 3D CAD Integration

The Difference between 2D and 3D

The notion of “Art-to-Part” is not new. We’ve been able to mill and 3D print without having to refer to printed plans for quite some time, but the “bits-to-built” workflow has yet to firmly establish itself in the AE and civil spaces. Paper documentation or perhaps it’s digital equivalent (PDF) is still the rule.

That is not to say there has been no progress. Earth moving equipment positioned by GPS can sculpt the contours it reads from a digital terrain model. Additionally, there’s been progress with 3D printed buildings and components.

Why 2D? Because 2D representations (plan views, elevations, sections and even axonometric projections) are an effective means of communication and easy for people to understand. And what’s more, is traditional 2D workflows are often the most efficient means of getting plans out the door. Something as simple as a top (plan) view with some notes and dimensions can adequately convey design intent, but 2D doesn’t stop there. As geometric complexity increases, the creation of elevations, sections and details are required to accurately describe the design and must be included as part of a 2D deliverable. These other views may be produced via traditional projection methods and the application of common CAD tools and drafting techniques. 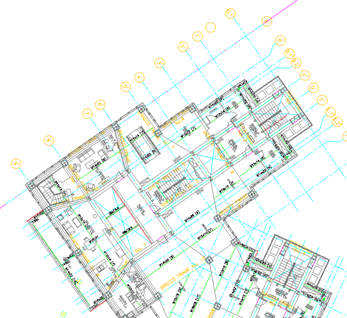 On a small project this might be done on a single sheet. In such cases, design changes are relatively easy to manage. Larger projects that have tens or hundreds of sheets are another story.

In projects of those magnitudes, changes to the design are not only inevitable, they’re expected. Multiple disciplines must coordinate their interactions and space claims, and a small change from one can cause a cascade of changes throughout the drawing set.
The problem is in a traditional 2D workflow, all these items (sections, elevations and details) apart from what has been included via reference operations, have an existence that is independent of corresponding geometry in other views. More to the point these views have no digital connection to each other. The designer must ensure the change in the current plan is propagated to a section on another sheet and a detail at the back of the set. Consequently, as projects become larger, and the geometry becomes more complex the burden of manually propagating design changes through various views and details increases as well. That’s old-school CAD. It works, but it is tedious and prone to errors and omissions.

Why not deliver a 3D model?

Actually, delivery of a 3D model is becoming more commonplace, especially when the model can be used to program the production equipment.

But 3D models won’t solve all your problems. While in theory it is possible to develop a 3d model that is an exact digital twin, with every nut and bolt modeled, in practice it is not practical. The interior structure of walls won’t be modeled, and concrete forms won’t necessarily include rebar, simply because that amount of detail takes too much time to generate and can cause display issues. Of course, these details are important, but they may be more efficiently described in an overlay on a section, or even as a stand-alone detail.

Interpretation of a 3D model may cause issues as well. Contractors may not be familiar with the software for viewing the model, and levels from one discipline could be conflated with geometry from another.

More to the point, although it might be possible to extrapolate all the necessary data to complete a project from the 3D model, delivery of such does not constitute effective communication and may be a source of misunderstanding. Pure 3D models simply don’t offer the clarity of traditional construction documents.

Turn a 2D Image into a 3D Model

If pure 3D models are not the answer and traditional 2D workflows are tedious and prone to errors, is there a solution that lies in-between?

What if designers could extract 2D construction documents from a single 3D source of truth? What of those documents followed all the conventional norms with respect to annotation, layout and organization? What if changes to the design were automatically propagated through the entire sheet set? 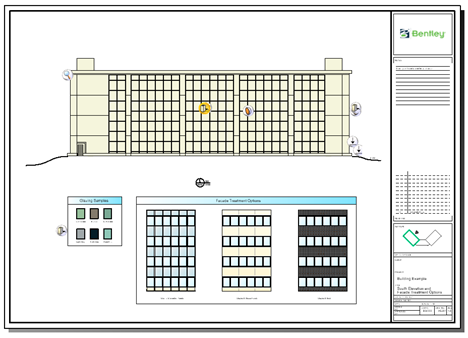 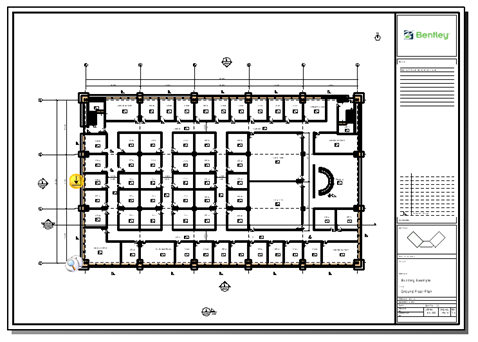 It’s possible, and MicroStation is well suited to the task. But reading about it here is one thing. Why not attend our webinar and see for yourself?

MicroStation — the Best CAD Software for 2D and 3D Drawings

MicroStation for all your Infrastructure Projects MicroStation is used by architects, engineers and...

3D CAD Models are the Future For decades, projects were started, developed, and completed with 2D...