The Jointed Rock model was conceived and implemented as an anisotropic elastic-plastic material model which assumes that the behavior of the intact rock is linear elastic while that of the joints is elasto-plastic.

The application of the Jointed Rock model is justified for material that shows parallel joint sets or joint families, the spacing between which has to be small compared to the overall dimensions of the structure. 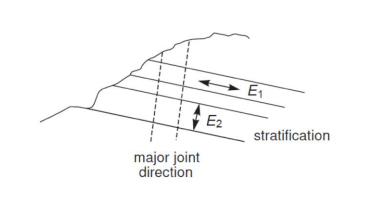 Figure 2: Influence of the plane angle on the plastic point pattern.

A companion constitutive model has also been developed as a user-defined soil model, namely the Jointed Rock model with overall Mohr-Coulomb failure criterion (Iso-JRMC). It is a combination of the native Jointed Rock model but with an isotropic elastic part (instead of orthotropic) and the Mohr-Coulomb model. Plasticity will still primarily occur in (up to) three stratification or fault directions (planes) using cohesion, friction angle, dilation angle, and tensile strength on each plane, while an overall MC criterion (based on principal stresses) will also be considered in all directions for the rock matrix. Because of this, it is possible that failure occurs along the sliding planes as well as in the intact rock, which is not possible for the standard Jointed Rock model.

The advantage of this model over the standard Jointed Rock model in PLAXIS is that the latter may lead to ”locking” if a potential failure mechanism requires other than the predefined failure directions to develop. The Iso-JRMC model will overcome the ”locking” issue since it may (eventually) fail in other directions as well (according to the overall Mohr-Coulomb criterion along the maximum shear direction that may be different than any of the pre-defined directions), such that a continuous failure mechanism may be obtained. This has been perfectly illustrated by Stelzer (2015) on the stability assessment of a rock slope.

(a) Incremental displacement at failure

(b) Plastic point distribution at failure