A National Park is not just a portion of the territory that must be protected from the advance of civilization. Within its area of influence, there are many socio-economic and heritage values that must be made known to visitors. The inclusion of points of interest at a higher resolution within their natural environment enhances knowledge of the territory, and the economic development of the area.

Reality Modeling adds real-world context to a broad range of projects. Applying reality modeling to capture the physical reality of the national park and creating detailed 3D models enabled the provision of the information required by all stakeholders to successfully complete the project.

The technologies used in this project allowed collaborative production between multiple organizations, public and private, with special interests in multi-resolution 3D data sets for one or other areas of the territory. Thus, it went from a single and uniform project to a distributed and collaborative project for to capture, process, produce, and disseminate increasingly detailed and quality data for the territory.

In recent years, multiple advances resulted in a new paradigm shift in photogrammetry. In the 1990s and 2000s, the manual stereoscopic restitution of point or line generations were changed by semi-automatic methods of “raster” products (MDT and orthophotos). More recently, there has been an almost fully automatic generation of point clouds, DSM, “mesh models”, “true orthos”, “3D scenes”, etc. It can be summed up by saying that it has definitely gone from the 2.5D world to 3D, incorporating the latter color and real textures.

To take advantage of all these new technologies, the IGN and the CNIG collaborated with the National Parks Autonomous Organization (OAPN) to create tools for the visualization of the Spanish Network of Biosphere Reserves and the National Parks Network. In this sense, they initiated the project to create realistic 3D scenes of fifteen National Parks and Protected Natural Areas. 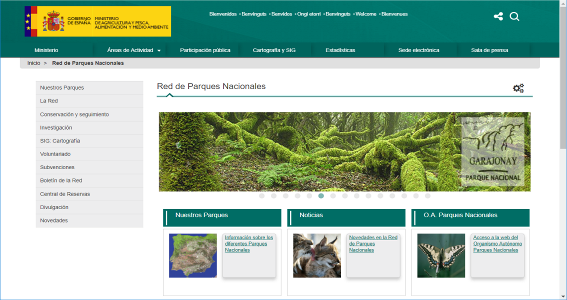 The project objective started in 2017 is to make a web geoportal available to users to consult on the routes and points of interest for each National Park. The portal includes the option of viewing 3D scenes prepared at the highest resolution and with an appearance as realistic as possible. For some elements to be represented (hermitages, viewpoints, etc.), it is necessary to incorporate terrestrial photos to obtain details of facades and other vertical elements.

The creation of "super-dense" point clouds through image correlation allows a more realistic representation of the terrain and the objects on it as the original images themselves are used directly to calculate each of the colored mesh points.

Realistic 3D models lend themselves very well to the generation and exploitation of “multi-resolution” data sets. “Base data” is integrated with higher-resolution data for the areas of interest. The main source of “background” data should be aerial photographs of PNOA flights. For the areas of interest, drone flights and a systematic taking of ground photos with a conventional DSLR digital camera were carried out. Between 10 and 20 areas of interest have been built in each National Park. 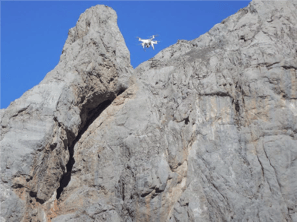 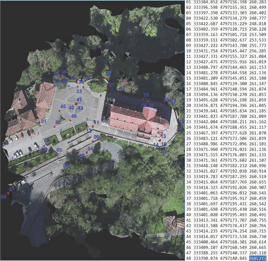 All collected data was integrated to obtain realistic high-resolution 3D scenes of the areas of interest, nestled in the general 3D scene.

The volume of data to be processed is very high, which has been a challenge and has required use of the latest advances in processors, RAM, storage, GPU, etc. The data has been processed using Bentley's ContextCapture software.

Most of the software packages specialize in this type of calculation and are aimed exclusively at surveying small areas, mainly using photographs obtained with drones. Bentley's ContextCapture allows generating of very extensive models using numerous aerial photographs, mixed with drone and ground photos.

On the other hand, with the LumenRT it is possible to generate 360º and virtual reality videos of the 3D scenes. Videos have been produced to involve users in the scenes and take them virtually to the National Parks without having to leave their homes.

The quality of the resulting 3D product represents a significant improvement compared to the 2.5D obtained with the texturing of digital terrain models with the orthophoto. 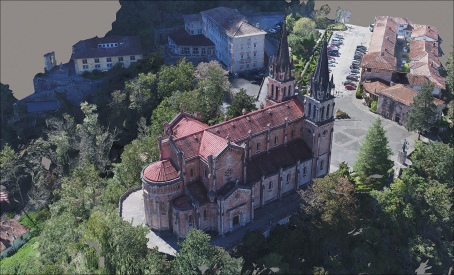 Representing such a large area of land at high-detail resolution can significantly increase the volume of data generated. However, it is unnecessary to represent everything at very high resolution, but integrate it into the general model, with sufficient resolution, in the places of the greatest interest at maximum resolution. 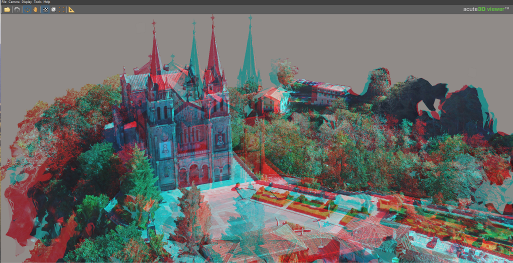 The team faced a possible problem with the differences in relative and absolute geometric precision between PNOA flights carried out by plane, flights carried out with “drones”, and ground photos. Bentley’s reality modeling software was able to handle the precision in each of these procedures, and the geometric integration of the data types were very good.

Thanks to ContextCapture innovations, it has been possible to have realistic 3D scenes of the National Parks, from the existing PNOA flights and the detail areas flown with drones. This data is integrated, achieving a multi-resolution 3D data set, and can be quickly and easily integrated into a web portal available to all users.

National Center for Geographic Information ​of Spain used ContextCapture and LumenRT to deliver highly-detailed 3D reality models to collaborate with their stakeholders.

“Thanks to the innovations of ContextCapture, we produced high-quality 3D models of the National Parks with existing flight and drone data. ContextCapture enabled us to generate a series of multi-resolution 3D reality meshes. Using a web portal, we were able to easily share the reality data and models with all stakeholders throughout the project from capturing, processing, producing, and collaborating of the territory models.”

"Digital construction is the use and application of digital tools to improve the process of...