Use AutoPIPE for Your Hydrogen Projects - Whatever its Colour

It doesn't matter where you look in energy publications you will find many articles on Hydrogen production, storage, and distribution; but why?

There are many parts to the answer, but here are just two:

Many countries have targets and deadlines to reduce greenhouse gases to slow global warming, and the move to cleaner energy is a part of this. Most car companies have hybrid or full electric options as alternatives to fossil-fueled vehicles, and there are already some hydrogen fuel cell vehicles on the roads today. The advantage of hydrogen as a vehicle fuel is it can be delivered quickly from fuel stations like fossil fuels and has a similar or longer range. Although embryonic we are likely to see this technology replacing battery vehicles in the future. 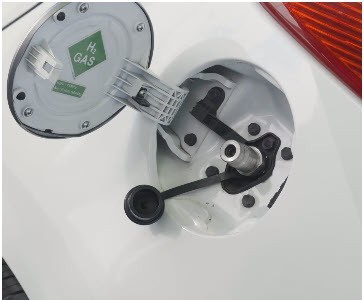 The steel industry is decarbonizing and already investing in hydrogen as a clean fuel in Germany, Sweden and Austria, Ref 1, with many other industrial projects planned across the world, and is likely to be where we see earlier increase in the use of hydrogen as a fuel.

The long-term storage of electricity has always been a challenge, and much is wasted. Wind, wave, and nuclear energy are constantly being generated, but little is needed off-peak. Converting this waste energy into hydrogen (known as green hydrogen when from renewables, Ref 2) then using it to create electricity is an effective way to store energy and to improve the efficiency of large-scale power generation. The challenge for green hydrogen will be to make it commercially viable against oil and gas for use as an alternative industrial energy source. The International Energy Agency says that green hydrogen capacity has increased from 1MW in 2010 to 25MW in 2019 and is set to be 22 times this by 2030. Hydrogen “is one of the most promising ways of dealing with longer-term storage, beyond the minutes, hours or days that could be met by batteries, Ref 3”.

On a small scale, the Orkney Islands in the UK is demonstrating how we can build an energy infrastructure around hydrogen, Ref 4,5. Due to its location, it has an abundance of wind and wave energy, around 130% of its needs. This energy is used to break out green hydrogen from water using electrolysis that can be easily stored and distributed. This hydrogen is then used in vehicles and can be used to heat houses and provide domestic electricity.

The UK government is making hydrogen key to achieving its net-zero carbon goal by 2050 and is planning a hydrogen fueled village by 2025 and town before the end of the decade and has hydrogen as part of the 10 Point Plan, Ref 6. The UK's Biggest LC Hydrogen Production Hub is planned for the North West producing Blue Hydrogen from gases produced in refining with storage of the carbon produced. 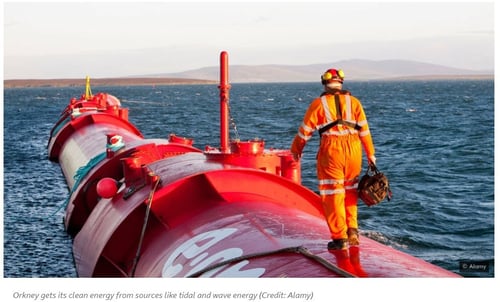 So, what has AutoPIPE got to do with hydrogen? As these projects scale up, there will be a need for industrial plants to generate the hydrogen and pipelines to distribute it. Large scale distribution is planned by the European gas infrastructure companies, with the ‘European hydrogen backbone, Ref7’ being the vision. Many other pilot projects are planned, and some are already in place.

AutoPIPE’s latest release v12.05 now includes the ASME B31.12 Hydrogen Piping and Pipeline 2019 design code. Implementation required two new design codes, one for Pipelines PL that closely follows ASME B31.8 and one for Industrial Plant IP that closely follows ASME B31.3. The main differences are the material performance factors that account for the hydrogen embrittlement effects on the material's performance that are dependent on material composition, temperature, pressure and affect the allowable stresses. Also adding these factors to a new AutoPIPE material library for these new codes means they are automatically applied when the conditions require them, providing all the tools needed to safely stress analyze these new facilities and help provide a brighter, cleaner future for all.

Here are some of the top features in AutoPIPE that can save you valuable time:

Don't Let a Minor Oversight be a Major Problem

How to Achieve the Most Optimized Cost-effective Pipe Design

Learn what support optimization is and how it can not only save you hundreds of design hours, but...

Don't Let a Minor Oversight be a Major Problem

How Does Your Pipe Stress Software Access ASME B31J i-Factors and k-Factors?