What happened to the pressure?

Many years ago, the system I worked for regularly received complaints from one neighborhood that they had low pressure and sometimes no water at all. This is a problem in any system, but this particular system served some of the most influential and wealthiest people in the city, (I’ll call this area “Mountaintop”—not its real name). When these people complained, the folks at City Hall listened.

Why would the pressure drop to nothing in the neighborhood? Yes, it was at a high elevation, but when we checked pressures, they were usually in the 30 to 40 psi range, weak but still acceptable. Our hydraulic model agreed with these values. We investigated whether someone might be stealing water by filling a tanker truck, or if an industry might have placed a large demand on the system for a short time, or if someone was occasionally opening a divide valve between this pressure zone and a lower zone. None of these hypotheses checked out.

One day my supervisor returned from a meeting at City Hall where she had been beaten up over this problem and she asked me what we were doing. I told her our model didn’t indicate any problems. She didn’t want to hear this and gave me some sound advice, “I don’t care what your damn model says, you’re going to fix this!”

My colleague, Teresa, set out a bunch of pressure chart recorders in that pressure zone. (This was back in the days of pen and ink chart recorders.) We expected the charts to show this when the pump shuts down. 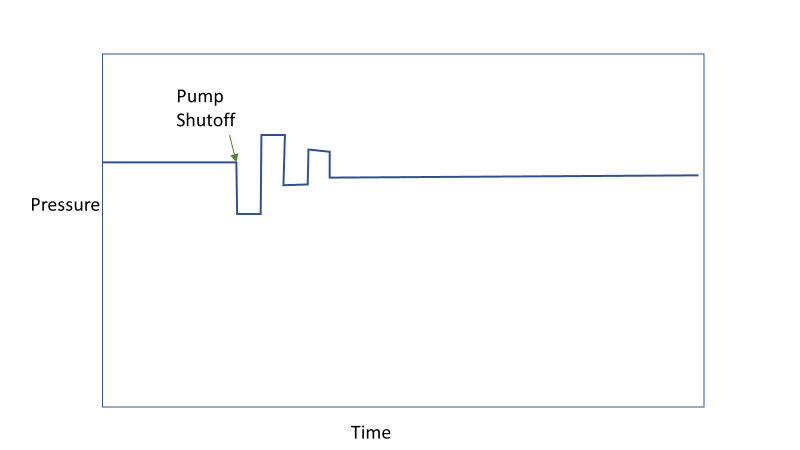 But when certain combinations of pumps were turned off while a nearby tank was off-line, the charts looked more like this. 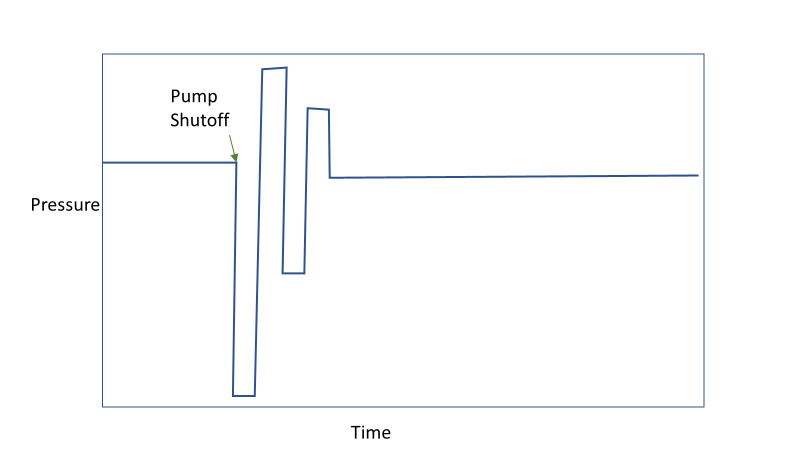 When a pump turns off, it causes a negative pressure wave (hydraulic transient) to move through the system. In most cases, these transients are small and are dampened out by nearby tanks. However, in this case there was a large tank about 14 miles away, and to get water effectively to that tank, it was helpful to fill the nearby tank and raise the hydraulic grade above the tank. This meant that the nearby tank was essentially shut off and could not help dampening out the transient wave. By the time that wave reflected off the distant tank, customers were running out of water.

The solution was to change the way the pumps were operated. This dampened out the low pressure fluctuations. In addition, the utility later added a small booster pump to raise the pressure to a small sub-area that was at the highest elevation (where the wealthiest people lived).

Back in 2001, before Haestad Methods was acquired by Bentley Systems, John Haestad had the idea of...

What Happens when the Pressure Gets Really Low?

In most of our water distribution modeling, we use a demand-driven approach. The user enters a...